So, I’m not on Facebook, but several of my congregants are—and over the years some of them would e-mail me these little stories, jokes, and “factoids.”  Many of these e-mails were neither funny nor factual. Some were patriotic or religious in a schmaltzy-superstitious way. Many were racist, homophobic, misogynistic, and/or Islamophobic. Many were conspiratorial. Many attacked President Obama. All of them had been copied and re-copied—probably off of Facebook—and sent and re-sent, until, finally, they made their way into my inbox.  I deleted them as soon as they came in.

I don’t receive those e-mails anymore—perhaps because Barack Obama is no longer President;  or maybe because my congregants figured out that I’m a liberal and stopped sending them. But after almost forty years of ordained ministry, I have learned something about how “fake news” can spread in a nation and in a faith community.

The term, “fake news” has gained notoriety in American journalism, politics, and pop culture over the past couple years, largely because President Trump uses it repeatedly to accuse the news media of lying or distorting the truth—but also because, as Time editor Nancy Gibbs notes, the President himself “says a great many things that are demonstrably false” (“When a President Can’t Be Taken at His Word,” Time, April 3, 2017, p. 5).

Writer and New York Times book reviewer Hanna Rosin notes that Americans’ addiction to “fake news” and “alternative facts are not momentary perversions but are [deep-rooted] habits baked into our DNA.”  From the earliest days of our history, we have given ourselves over to “florid, collective delusion[s].”  Recall our Thanksgiving mythology concerning the gentle Pilgrims who landed at Plymouth Rock—they were actually “Puritan zealots” who “vowed to hang any Quaker or Catholic they found” in America.  Or think of the “mystic visionaries” of the 1700s—who insisted “that they didn’t have to study any book or old English theologian to know what to think, that whatever they felt to be true was true.”  Or consider the “explosion” of hucksters and hucksterism that took America by storm in the 1800s—like P. T. Barnum, who boasted that “nobody ever lost a dollar by underestimating the taste of the American public,” and “William Cody, [who] toured the country playing Buffalo Bill, fake-scalping actors playing Cheyenne warrior chiefs, and then actually scalping and killing real Cheyenne warrior chiefs” (“Fake News: It’s as American as George Washington’s Cherry Tree” [A Review of Kurt Andersen, Fantasyland: How America Went Haywire: A 500-Year History (New York: Random House, 2017)], New York Times, September 5, 2017).

For radio talk show host Kurt Andersen, Americans’ “promiscuous devotion to the untrue” is directly related to their faith in God and their belief in the Bible.  Americans believe in all sorts of things—“telepathy, ghosts, angels, and demons;  that the Genesis creation [story] is the word of God;”  that “heaven [and] God exis[t];  that global warming is a hoax;  that the pharmaceutical industry has hidden evidence of natural cancer cures;  that extraterrestrials have visited Earth; that vaccines cause autism;  that [President Obama] was (or is?) the anti-Christ;”  that the “government adds mind-controlling technology to television broadcast signals;” and that “U.S. officials were complicit in the 9/11 attacks.” Moreover, “religious people believe that no big life events are accidental or random”—thereby lending credence to conspiracy theories (“How America Lost Its Mind,” Atlantic, September 2017.)  Of course, Andersen’s association of Americans’ delusional beliefs with traditional religious faith may be a bridge too far for many Christians—including United Church of Christ Progressives.

America’s current “descent into Fantasyland [is] the product of two momentous changes. The first was a profound shift in thinking that swelled up in the ’60s,” when falsehoods were “destigmatized;  your reality was your reality, believe whatever you want.”  This applied to “Shamanistic countercultural [communities and to] extremist Christian” groups (Christopher Borrelli, “‘Fantasyland’ Author Kurt Andersen on How Americans Believe What They Want,” Chicago Tribune, September 11, 2017).

“The second change” was the information technology revolution. In 1987, the Federal Communications Commission did “away with the Fairness Doctrine, which had ke[pt] radio and TV shows from be[coming] ideologically one-sided;”  before 1987, “the national news media had to present some rough approximation of the truth.” But in 1987, “a new American laissez-faire [was] declared,” and misinformation began to circulate in the media. Rush Limbaugh’s radio talk show and Fox News brought “a sociopolitical alternate reality to a huge national audience” (Andersen, “How America Lost Its Mind”).

Then came the Internet. Before Americans were able to go online, “crackpots were isolated, and had a harder time remaining convinced of their alternate realities” But “as soon as we had the Internet, alternative facts and fiefdoms could find each other and create their own reality and news.”  Weird ideas—racist, misogynistic and homophobic ideas—“could no longer be [held] back by the political parties and media.” Now, “every screwball with a computer and an Internet connection suddenly had [a] way to rile up and mobilize believers.” Today, misinformation is “all over the airwaves and the web, [and] look[s] real, just like actual news” (Andersen, quoted in Borrelli, “‘Fantasyland;’” and Andersen, “How America Lost Its Mind”). 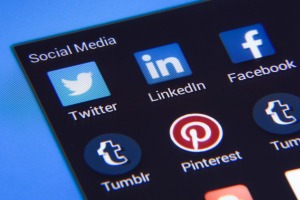 The Internet, Facebook, Google, YouTube, and other web-based and social media platforms are extraordinarily useful, and are here to stay. There’s no going back to some earlier pre-Internet or pre-Facebook era. At the same time, churches need to rethink their Internet security practices. This applies to secretaries using the same easy-to-remember username and password to log onto multiple websites and accounts, and it applies to the church’s use of Facebook, and it applies to putting congregants’ personal information on the church website, on the cloud, or even on computer hard drives. One could wish that a cautionary banner could be displayed on the homepages of Facebook, Twitter, and other social media and Internet sites: “Warning!  Intelligence, critical thinking skills, and emotional maturity (or self-differentiation) are required to use this site safely!”

In the final analysis, UCC folks may not care whether a particular Facebook post on the Black Lives Matter movement, or on immigration, was written by a Conference Minister in California, or by a propaganda minister in the Kremlin. I mean, if you read an article and you agree with it, does it matter who wrote it?  And if you read a bad article, again, it doesn’t matter where it came from:  it’s still a bad article.

But you should care. All of us want to know if we are being manipulated or getting played. We want to believe that we are doing our own thinking, and making our own decisions.

Rev. Chris Xenakis is a UCC pastor currently serving Groton Community Church (UCC) in Central New York. In addition, he is an adjunct lecturer at SUNY-Cortland, teaching courses this year on world politics, democracy, U.S. foreign policy and multiculturalism. Chris has written numerous books and articles, which can be found on his blog.

2 thoughts on “Fake News, The Church, and the Complicated Usefulness of Facebook”

© The Center for Analytics, Research & Development, and Data (CARDD) and Vital Signs & Statistics, 2021. Unauthorized use and/or duplication of this material without express and written permission from this site’s author and/or owner is strictly prohibited. Excerpts and links may be used, provided that full and clear credit is given to the author and Vital Signs & Statistics with appropriate and specific direction to the original content.

For any questions, please email: VitalSigns@ucc.org