Rev. Chris Xenakis is a UCC pastor currently serving Groton Community Church (UCC) in Central New York. In addition, he is an adjunct lecturer at SUNY-Cortland, teaching courses this year on world politics, democracy, U.S. foreign policy and multiculturalism. Chris has written numerous books and articles, which can be found on his blog.

The recent murders of Ahmaud Arbery, Breonna Taylor, George Floyd, and Rayshard Brooks by white police officers (or would-be police officers) have galvanized our nation. Hundreds of thousands of Americans, from coast to coast, took to the streets in May and June 2020, to protest these and other killings by public officials who were sworn to serve and protect.

Others of us remember actor Will Smith’s observation that, “racism isn’t getting worse; it’s getting filmed.” Police—who don’t have high credibility in communities of color to begin with—are realizing that anything they do, whether on the streets or inside a building, is likely to be videoed by somebody. Security cameras are ubiquitous in stores, public buildings, and city streets—and everyone has a cell phone with a technologically-sophisticated camera. Once an incident of police violence goes down, you can count in seconds the amount of time it will take for TMZ or the New York Times to have the video. 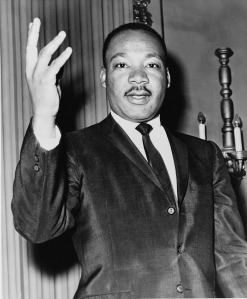 Still, others recall the civil rights movement of the 1960s, and how Dr. Martin Luther King, Jr. championed nonviolent protest and racial integration.

Many of us think that some kind of inflection point or tipping point has been reached in our nation’s history, when “Americans conclude”—with the protests coming “atop a once-in-a-century pandemic and a depression-like economic slide—that things are spinning out of control, and that something different is required” (Gerald F. Seib, “Virus, Unemployment, Riots: When Shocks Multiply, the Effects Usually Last,” Wall Street Journal, June 1, 2020).

One reaction that most white church people do not have is any acknowledgement that they are responsible for the murders of Ahmaud Arbery, Breonna Taylor, George Floyd, and Rayshard Brooks—that they are complicit in their killings. But social justice educator Robin DiAngelo sharply disagrees.

“All white people are “racist[s], pure and simple, [and] without a lifetime of conscious effort [they] always will be.” This is the gist of DiAngelo’s argument in her best-selling 2018 book, White Fragility: Why It’s So Hard for White People to Talk about Racism” (Sandee LaMotte, “Robin DiAngelo: How ‘White Fragility’ Supports Racism and How Whites Can Stop It,” CNN.com, June 7, 2020).

White people cannot help being racists, DiAngelo (who is white) insists, “because we’ve been swaddled in the cocoon of white privilege” since birth; nevertheless, our indignant denials of our racism (“[I] have black friends; [I] don’t see skin color; [I] never owned slaves; [I] marched in the 60s; [I] even protest today against uniformed ‘bad apples’”), and our self-righteous denials (“‘I’m a progressive! How can [I] be a racist?’”) betray us. We are “too fragile to discuss [our racism] openly and honestly.” Indeed, “inequality is the bedrock [of our] racial comfort as white people, and we rarely [leave] our racial comfort zones.” We “do not have authentic sustained relationships with Black people.”

In order to overcome our white fragility, we need to “buil[d] our stamina. But we won’t build it as long as we believe that only mean people who intentionally want to hurt” Black people are racists. “The root of almost all white defensiveness” is the mistaken idea that “nice people like us” cannot possibly be racists.

Surprisingly, “white people who see themselves as liberal [or] progressive can be the most defensive, the most resistant, and the most arrogant [in their] conversations about race, [and] in their certitude” that they are not racist, DiAngelo writes. “Many Black people say: ‘Give me the old school, in-your-face, straight-up racist. Give me [alt-right leader] Richard Spencer. I know how to protect myself. I know where Richard Spencer’s coming from.”

DiAngelo does not trivialize “the danger of the alt-right movement, but on a daily basis, it’s the racism of well-meaning progressive and liberal white people” that is the most oppressive and damaging to people of color.

It has become a cliché in white progressive churches to say that while we do not condone violent or disruptive protest, we understand the motivations and reasons behind such protest. But increasingly, this is a distinction without a difference. It is meaningless.

What if understanding the motivations and the reasons are not enough? What if former San Francisco 49ers quarterback and civil rights leader Colin Kaepernick was right when he asserted recently that Black people have a right to fight back, and to revolt because white people have become inured to nonviolent responses?

America’s founding history—and the war that culminated in her freedom from Great Britain in 1776—inform Kaepernick’s rhetoric; indeed, the Declaration of Independence can be read as a kind of legitimation of revolution. If social conditions become intolerable for a people, its framers (a group that included Thomas Jefferson, John Adams, and Benjamin Franklin) wrote, and if legal and peaceful means of achieving change do not work, as an ultimate solution the people have a right to revolt.

So, here’s what I think.

I believe that what is happening in the streets today is more important and powerful than anything that is taking place in the Church.

Much as I would like to say that the American Church will play a positive and leading role in the transformation of America, all too often, the Church is prompted by traditional rather than progressive instincts; it is complicit in promoting and advancing racism, and its message of hope and salvation is co-opted by the state. At key moments in history, it resists social change.

If DiAngelo is right—and I believe she is—then the overwhelming majority of White people in our country and churches are not “woke,” and they have very little to say or contribute to the national conversation about racism in America’s police forces, or “race relations” in America.

Indeed, Black leaders are probably right to question the sincerity of their white allies, and to wonder if “the heavy white presence at the protests represents an act of solidarity or is merely ‘performative’” (John Blake, “The George Floyd Protests Are Sparking a Surprising Debate in Black America,” CNN.com, June 4, 2020).

As commentator Stacey Patton asked recently in the Washington Post, “are th[e white people in the streets] trying to prove their wokeness, and that they are not racist?  How are traumatized Black folks supposed to tell the difference between sincere white allies and those whose commitment begins and ends with the charade of performative solidarity” (“White People Are Speaking Up at Protests. How Do We Know They Mean What They Say?,” June 2, 2020)?

If DiAngelo is right—and I think she is—then Dr. King’s strategy of non-violent protest and his goal of peaceful, racial integration may be pointless. I don’t see American society, or the Church, headed toward a kumbaya moment of hand-holding and racial harmony.

We are many decades removed from Dr. King; moreover, people “‘forget that 1960s activists endured arduous nonviolent training,’ says Melanye Price, a professor of political science at Prairie View A&M University. Turning the other cheek to violence is ‘not instinctual. Nonviolence [is not] genetically implanted’” in Black people any more than it is in white people. “If King were alive today, we don’t know where he would be. To use this cultural icon [as] a hammer against these kids [in the street] is completely unfair’” (Blake).

Indeed, there is a saying: “rioting is the voice of people who have no voice.” Or as a [protest] sign in Minneapolis asked so poignantly, “Can you hear us now?” 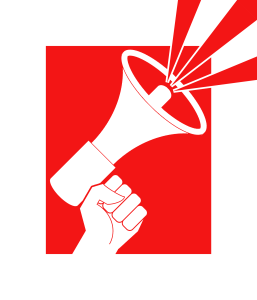 Today, some Black leaders are listening to another voice from the 1960s—that of Malcolm X, who invited Black people to use any means necessary, including violence, to achieve self-determination and independence from white social, political, and economic systems. The question is, will Black communities embrace Malcolm’s vision and ideas, and turn them into reality? Or will cities, states, and the federal government clampdown on Black communities and impose some renewed version of Jim Crow on communities of color?

So I’m in a gloomy place. As a white man who was soothed by the message of Dr. King for so many decades, I’m terrified now because I don’t think police departments are going to be reformed, or their funding re-prioritized, in effective ways across the United States, and I don’t think police violence or the anti-police protests are going to stop. And besides, Malcolm’s message is not as soothing as Dr. King’s.

If revolutions are started by dreamers on a utopian quest, they are ended by undertakers. They often result in bloodshed, and bring in repressive governments that are as authoritarian as the ones they replaced.

That is because every revolution, like every utopia, is sold by its leaders with the promise that society will be perfected, all human misery and suffering will end, and a new day will dawn.  But utopias require broad popular cooperation and participation in order to work. If some members of society are unwilling to cooperate and participate (and invariably, someone is always unwilling to cooperate and participate), then the revolutionary leadership must use force to compel cooperation and participation. “You have to break a few eggs to make an omelet” is the guiding principle of utopias and revolutions.

Nevertheless, it just may take a revolution.

3 thoughts on “Ending Racism, Stopping Police Violence, and the Revolution It Will Take”