When I go to wider church gatherings, I almost invariably hear some form of the same lament about declining giving in the United Church of Christ. A colleague or a layperson from another UCC setting will talk about the sadness of decreasing annual pledging, decreasing giving to Our Church’s Wider Mission, and decreasing funds going on to the National Setting of the UCC. There are always exceptions, of course, but the exceptions only seem to prove the rule.

Perhaps that’s why I was so surprised to learn recently that giving by members of the UCC is, in fact, rising. Seriously.

Consider the following, per the UCC’s 2019 Yearbook and Directory: 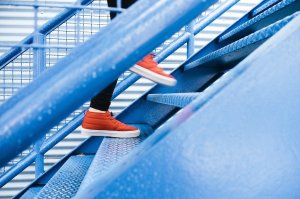 Source: http://www.pixabay.com. “Giving is on the Rise among UCC Members. But why?”

We gave more dollars as the past decade went on, even as we shrank, and per capita giving increased far beyond the rate of inflation. This is good news of growing vitality in the UCC!

If the increased giving was the whole story, that would still be good news. But I kept wondering why members of the UCC are giving more today than they did a decade ago. Was it just happenstance, or was there something more?

My first thought was that I must be reading the numbers incorrectly. I’ve made mistakes before, and God knows I’ll make them again. But after viewing, reviewing, and reviewing again, I really do think that I am reading these statistics correctly.

So why is this happening? My initial theory was that we might just be giving more because we as a nation came out of the Great Recession. In 2008, the economy was in a tailspin, which naturally could have affected giving. Once we recovered, there could naturally have been more giving. But our increased per capita giving didn’t just keep pace with inflation during that time frame; it far outpaced it. According to the yearbook, $1.00 in 2008 would be worth about $1.17 in 2018 (an inflation rate of 16.63%, to be exact). If our giving stayed flat adjusted for inflation, the giving in 2018 would have been $987.81 per capita. Instead, we saw an 18.4% growth above the rate of inflation. To my mind, this means that the recovery from the Great Recession could not solely explain this increased giving.

Second, I wondered if this increased giving might be a matter of the UCC becoming more concentrated in the wealthiest parts of the country. So I looked at the Conferences to see where our per capita giving was highest, and where the wealthiest per-capita states were across the country. After reviewing this information, I learned that the Conferences with the highest per capita giving were (in order) Pacific Northwest, Montana-N. Wyoming, Southwest, and Northern California-Nevada. These include the states of Alaska, Washington, Idaho, Montana, Wyoming, California, Nevada, Arizona, and New Mexico. I couldn’t find accurate per capita income measures easily, but I did learn that the top five wealthiest states based on median household income were Maryland, New Jersey, Hawaii, Massachusetts, and Connecticut (the District of Columbia was #1, but it’s not a state). I, therefore, saw no direct correlation between giving per capita in the UCC and wealth per capita. Even as Washington state was top of the list for per capita giving in the UCC (and was in the top 10 for wealth per capita in the nation), it was also the state with one of the highest unemployment rates in the nation.

Third, I considered if giving per capita in these Western conferences was because of a high fidelity to the UCC forged by robust numbers of UCC institutions of higher learning. For an answer, I looked again at the four Conferences with the top per capita giving. Combined, these four conferences have only one UCC seminary (Pacific School of Religion, Berkeley, CA) and only one UCC college (Rocky Mountain College, Billings, MT) among them, as seen here. Meanwhile, Connecticut – the fourth wealthiest state in the union and now home to three UCC-affiliated seminaries – is 8th in wider church support per capita and 22nd in per capita basic support.

Fourth, I considered the possibility that a shrinking denomination has led to greater per capita support. In 2018, only two of our Conferences took in more members than they lost: Southeast (+209) and Hawaii (+10). Meanwhile, Connecticut lost the most members (3,883), followed by Ohio (2,824), Massachusetts (1,973), Penn Central (1,906), Illinois (1,734), Central Atlantic (1,721), and Southern (1,404). While there may be a correlation between declining membership and declining per capita giving in our Conferences, I couldn’t find a relationship between increased per capita giving and membership, whether increasing or decreasing.

Source. Rev David Lindsey. “Basic Support in the UCC in 2018: Total vs. Per Capita”

In conclusion, I couldn’t figure out why exactly giving per capita has increased at such a rapid rate over the past decade. If someone else knows, please tell me (it’s driving me a little crazy!). But what I did discover is this: giving per capita in the UCC overall is increasing, and it is rapidly increasing in the Western United States (i.e. in or west of the Rocky Mountains). That is a vital statistic worth paying attention to, and hopefully, understanding more fully in time.