I had it drilled into my head in seminary that the church is one generation away from being just a memory. The thinking being we owe it to the coming generation of young people to share the message and bring the joy of Christ into the world before it’s too late. I suspect this was all code for that dreaded e-word, evangelism, which might be as good a marching order as any?

The trouble comes in something like this story from Downeast magazine, which hopes to inspire people to both retire to the great vacationland and to re-imagine what that retirement would look like. You can read the article here. It’s a worthwhile read, but when you’re there really look at the info graphics that go along with it. 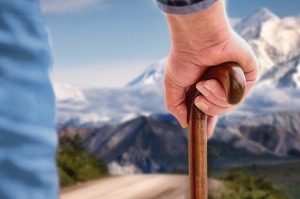 Aging is also a justice issue, with 17 percent of Maine adults 60 and older experiencing food insecurity.

Demographically speaking Maine is aging quickly, a point well made using a map of the state comparing the ratio of younger folks to the over 65 crowd. (I’m not giving anything away here when I say that by 2020 some areas of the state are predicted to have no young people to speak of.)

Now, to my church focused mind, this brings to mind some interesting questions. The article doesn’t speak to the idea of church, leaving us religious folks to either wonder or to consider the matter ourselves.

Now, it’s also fairly well understood that New England is one of the least religious areas in the nation. Look at the trends in this pew study.

Here’s where I start to wonder.

What if the missing generation is not the “next generation” as seminary taught me, but the large booming, pardon the pun, generation that predominates in most of New England? We can all speculate about the Millennial generation and blame them for the downfall of our institutions, but what if the truth is something different? (Include it in this list) 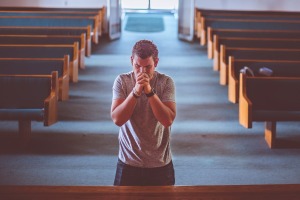 Is this a young person problem or are we missing the older folks too?

I wonder, because the issues involved in church growth, discipleship, expression, and experience change when you stop considering the problem being the “missing young people.” We’ve all heard that said, some might admit to saying it, and most church folk have thought it.

Let’s assume, for the moment, that I’m correct and we are not so much failing to meet the younger generation as we are in connecting to an older one.

We in the established church are not so much not connecting with the younger generation as being ignored by the older generation. What does that say? What does it mean?

Here’s my guess: it better explains some of the trends we’re seeing in decreasing worship numbers, closing churches, and the like. It means that the local church needs to reckon with the notion that the people it needs to serve are not some new population, although you could call it that, but is instead neighbors that look very much like the people in the pews already.

It also opens up consideration of some very interesting ideas.

By 2030, Maine’s Washington County is projected to have 8 people aged 65 or older to every one younger person.

Given this is Lent, let’s close with a short list of questions and ideas to ponder as we remember that we are but dust and to dust we will return.

Andrew Keen closes his new book, How to Fix the Future, focusing on how to help young people live in a world that’s coming. Keen writes, “… designing a coherent map of the future requires a coherent knowledge of the past” (Keen p. 290). Keen’s point is we can’t see where we’re going, until where we’ve been.

My point: church needs to reckon with the fact that church growth today, be it members, social justice, or in Good News shared, must be focused on the people who have known its hallowed halls for decades.

Rev. Jeremiah Rood lives in Massachusetts with his wife, Amanda, and two small black cats. He has experience working in local congregations but most recently has turned his attention to building an active online ministry at www.revjeremiahrood.com. Rev. Jeremiah’s ministry also includes spending a year in a detox working with struggling addicts and alcoholics. His time is now split between writing a book exploring these issues and working in a local public library.

2 thoughts on “What if We’re Doing Church Growth Wrong?”